For more information, or to purchase a book, please click on the book cover.

Not everything is about kids and crafts! Parents deserve a book break, too. Sheila McGraw has hopped out of the kiddies' sandbox and into the grown-ups' steamy hot tub with two unputdownable, award-winning, mystery novels. 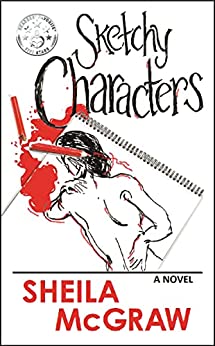 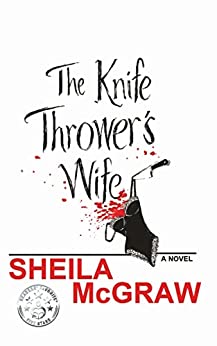 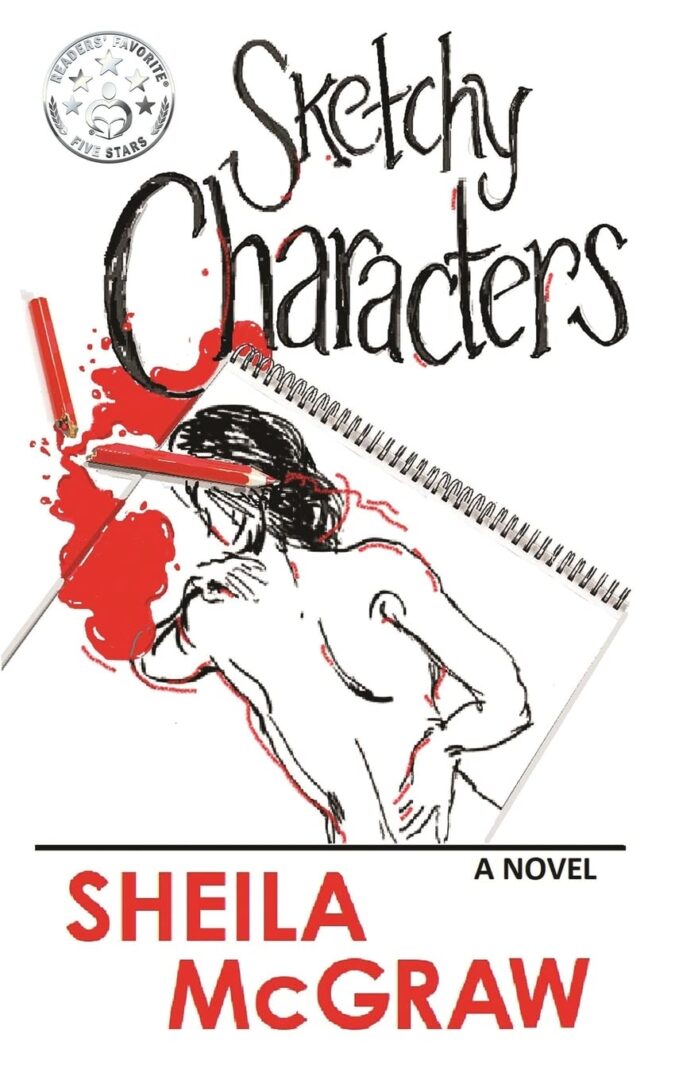 A devastating hurricane.
A frantic search for a missing friend.
A brutal double murder…

When chaos blows up Marilyn’s life and she’s forced to go on the run from ruthless killers, she can’t dodge a cast of sketchy characters that ooze into her orbit. There’s a crooked lawyer and his wealthy clients, an internet scammer, a pair of suspicious hipsters, and a serial killer targeting the artists at Marilyn’s life-drawing group. Throw a couple of good friends and a sexy and protective detective in the mix, and it's not all bad. Even so, it’s survival of the smartest and most resilient. As the action moves full speed, and the twists and turns keep coming, Marilyn must tackle the circumstances of her new, near-impossible normal.

I wasn't expecting this! The excitement of running a perilous scheme involving millions of dollars. The fear while fighting off a serial killer. The tingling, sensual feeling of exchanging sparks with new romantic partners. Sketchy Characters spins from one surprising event to another, shattering my expectations and leaving me eager to discover the eventual outcomes. Marilyn is portrayed in a desperate situation that reflects our profit-driven world and its tendency to force people to make immoral decisions to survive. The themes explored in the book include court battles, naked modeling, catfishing, the press, loss, serial killing, drug dealing, deceit, and more. I could not drop the book for a second. The adroit balance of different elements, like an intricate description of the world, clever and perceptive observations, realistic conversations, and an intricate, well-planned plot results in a masterpiece that deserves to be awarded and celebrated. I have developed a taste for Sheila McGraw's writing, and I want more!

Sketchy Characters by Sheila McGraw is an intricate story of loss, grief, crime, as well as hope, love, and growth. This creative story handles themes of murder, drug overdoses, cover-ups, and finding the truth on one hand while also intertwining love interests and everyday activities on the other.

McGraw has successfully created a cast of characters who capture the readers’ attention on the first few pages and manages to keep it to the very last page, putting them in desperate situations and even needing to make immoral decisions to survive. Adding layers to each character, such as Marilyn’s aunt Zabi who has passed away but appears as Marilyn’s subconscious thoughts in a way that Marilyn knows she is never alone. Another thing that fascinated me is the fact that social media becomes a character in the story. The author does not ignore the social media presence in our lives but instead uses it to her advantage, spicing up the story.

The plot has been developed masterfully by McGraw, engaging the reader and giving just enough information to keep them turning the pages to find out what happens next.
Sketchy Characters is an excellent read for anyone who wants to be kept in suspense the whole time with thrilling situations and lots of action. This riveting novel is so intricate and alluring that you won’t be able to put the book down.—Literary Titan

“The tale shines in its characterization, as Marilyn is surrounded by a group of kooky Houstonians who keep the story lively and intriguing … fans of humorous mysteries will find a lot to like here. An amusing and energetic murder tale.” — Kirkus Reviews

Recipient of the 2021 Literary Titan Book Award for Mystery/Thriller.

In this psychological thriller and murder mystery, Julia Green, a talented illustrator, and devoted wife and mother has been living the American dream in suburban Houston for more than two decades. Lately, however, she has been plagued by sleepwalking nightmares, the first of which features her husband as a knife thrower with scantily-clad Julia strapped to his target.

Julia also experiences humorous daydreams and she is inspired to interpret her nightmares through paintings of her dreamscapes, to find out what her subconscious is trying to tell her. As she analyses her dreams, she inadvertently exhumes buried secrets of betrayal, larceny, and danger.

Soon, a tragedy occurs which puts Julia under media and police scrutiny, and she must find inner strength and cast off her submissive persona.

With nightmares imitating life, and art imitating dreams, Julia must dig deep to save her sanity, her freedom, possibly her very life. 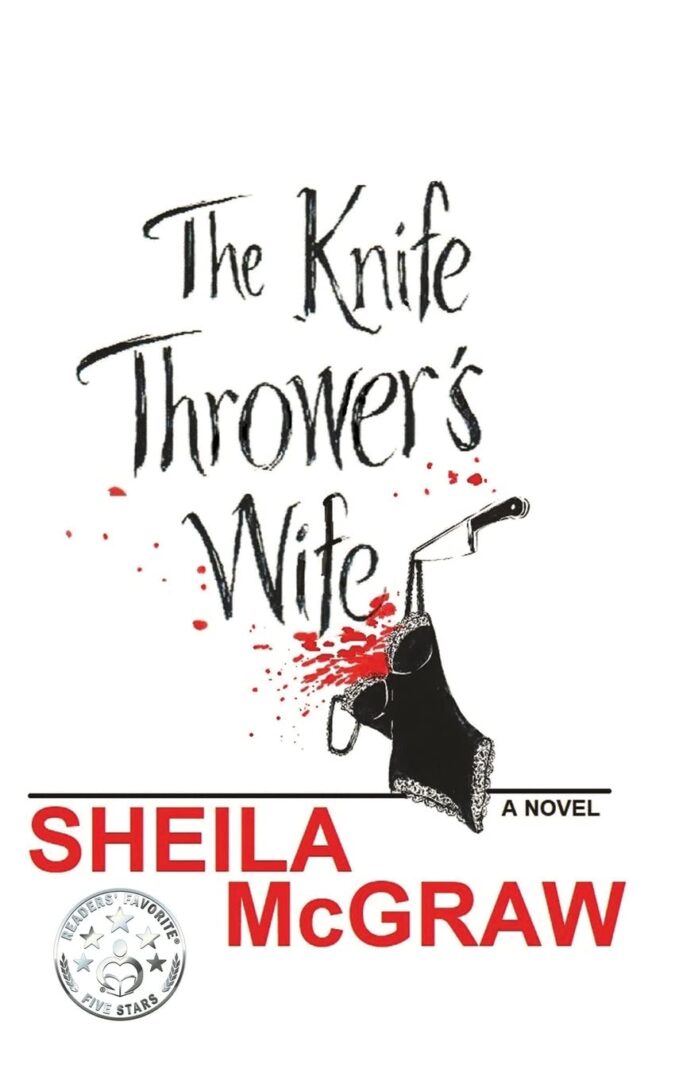 ​… In Sheila McGraw’s energetic, polished mystery The Knife Thrower’s Wife, cracks begin to appear in a long marriage. Julia loves her husband, Austin, whose portrayal as a mean, even sinister, man is spot-on…

... Julia begins having nightmares and slips into humorous daydreams about how she would react more assertively to people if she had no social constraints…

… Visual lines show how Julia feels “tiny, hairy centipede feet of fear” and capture her house as “a domestic detention unit” in the eyes of a big city resident, and in conversations, characters’ South Texas mannerisms come out to entertaining effect.

What Chick Lit Cafe is saying about The Knife Thrower's Wife

The Knife Thrower’s Wife by Sheila McGraw is a clever, edgy murder mystery.  With a superb sense of drama and a spot-on psychological plot, this book was hard to put down.

I loved the tone of this book, while the plot is dark and takes us into hints of abuse and then murder, the accent is light and charming.  You instantly like the damsel in distress; you root for her when she begins to poke her head above the firing line and stand up for herself.  Sheila McGraw has woven in female banter that makes you smile into this rather dark walk through murder, along with the internal diagnosis of a broken woman’s thought process.  Outwardly, Julia is an attractive, talented freelance illustrator, happily married, mother of two and living in Houston suburbia.  Inwardly, the past has been squashed and the present is overshadowed by dramatic and memorable nightmares.  And the future’s not looking so good.

Not only does this tale have an awesome title and book cover, but also an adept, well-thought-out plot.  Lots of details make it feel very realistic.  I found all the characters well-structured and interesting.  Her best friend and fellow artist Trix, was a great supporting cast member as were her twin children.  The mystery unravels and culminates with a court case that was spot on and very believable.  My favorite line: The mushroom analogy – kept in the dark and fed shit!

Sheila McGraw has crafted a deeply psychological murder mystery, but has written it with a light tone to soften the trauma of murder; I found this made it an extremely enjoyable read.